Living with the nature for 1500 years has resulted in Nin Salt giving the best from the sun, Adriatic sea and Bora winds from Velebit 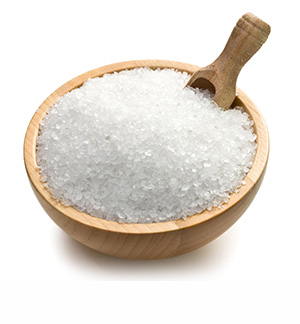 Salt, sodium chloride (NaCl), is a valuable compound of sodium and chloride ions in a ratio of 40%: 60%. Sodium plays a vital role in many physiological processes, and is also a neurotransmitter that intensifies the sense of taste. Salt is good for our health and basic human functions. The absorption of potassium, salivation, the balance body fluids and transfer of nutrients to our cells and energy to our muscles present just some among its many merits in our bodies. Salt is uniquely timeless – it has existed as long as water and stone, and will exist long after us. Historically, salt has accompanied human development for ages. The discovery that the salt can be used to preserve food thoroughly influenced the progress of mankind and the development of economy of many countries. Because of its value, salt was often the cause of many wars. To demonstrate its importance, we have to say that in the past the Roman legionaries were paid with salt in Roman times. The modern word “salary” (paid), originates from the word “salarium” which meant taxes or charges paid in salt “salt”. It is known that the Romans paid their soldiers with salt. Formerly an ounce of salt worth the same as an ounce of gold.

The specialty of Sal Maris solution compared to the one of competitors lies in the fact that there is a high quality salt offered in the bottles and isotonic and hypertonic solutions of Sal Marisa. Nin Salt Works is a live biodynamic ecosystem in which the highest quality natural sea salt is produced with the solar energy and wind. It is one of the few Saline in the world, which produces salt in the traditional and natural ecological way. By using energy from the sun and wind, the sea evaporates in large evaporating pools. A clean environment, specific climate with many hours of sunshine and favorable winds, with excellent geographical location, provide Nin Salt Works with global top-quality. Nin Salt is further reinforced by a higher concentration of natural iodine due to algae (“petula”). Petula is a biological filter, which consists of micro-organisms, carbonate minerals, clay, gypsum and green algae Microcoleus corium. It is black, two millimeters and it is an essential element in the traditional method of salt production. Petula contributes to exceptional salt purity and regulates the incorporation of a number of minerals from the mud in salt (e.giIron and manganese) which are very important for the human body. 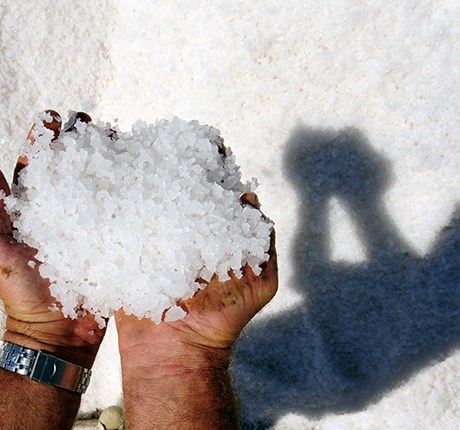 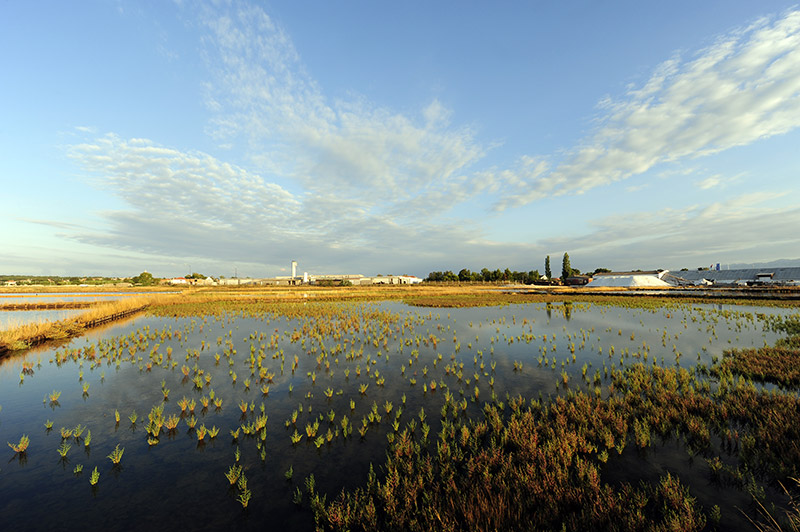 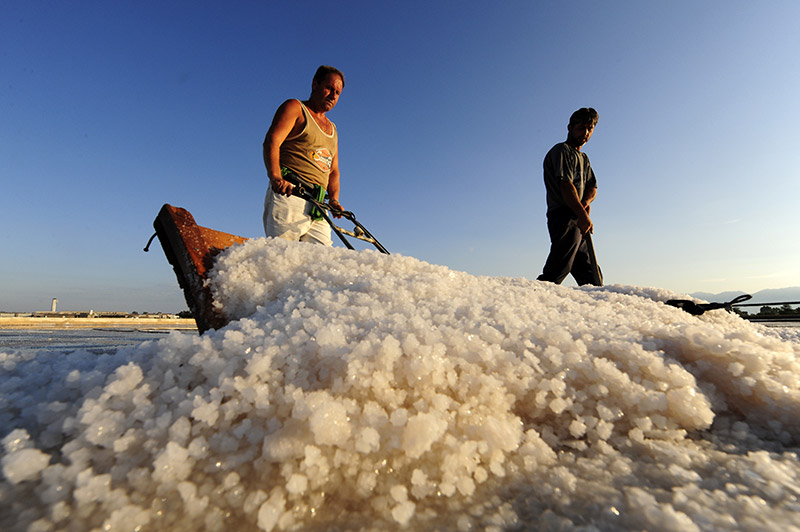 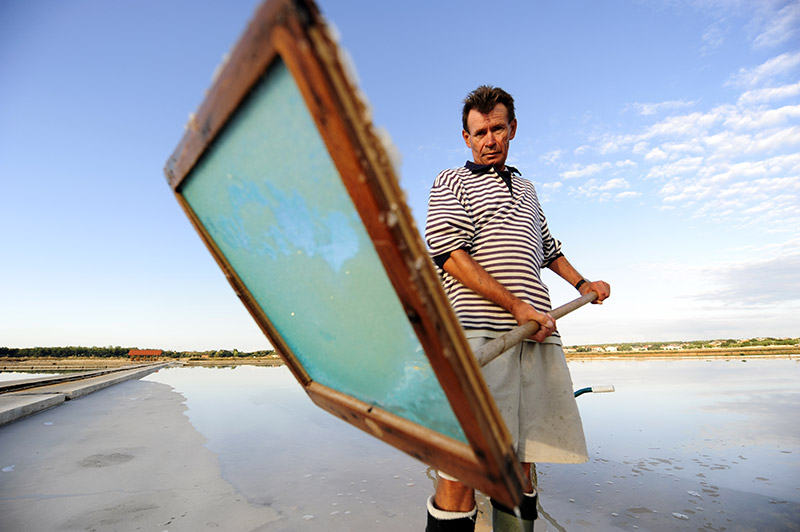 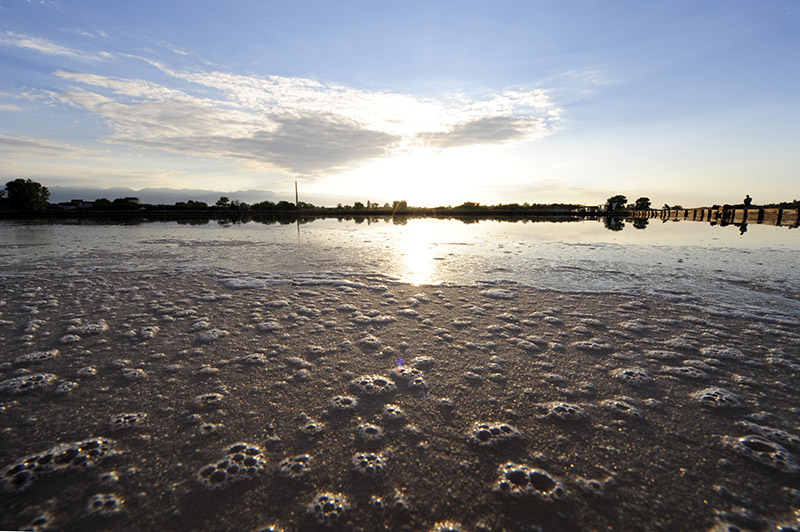 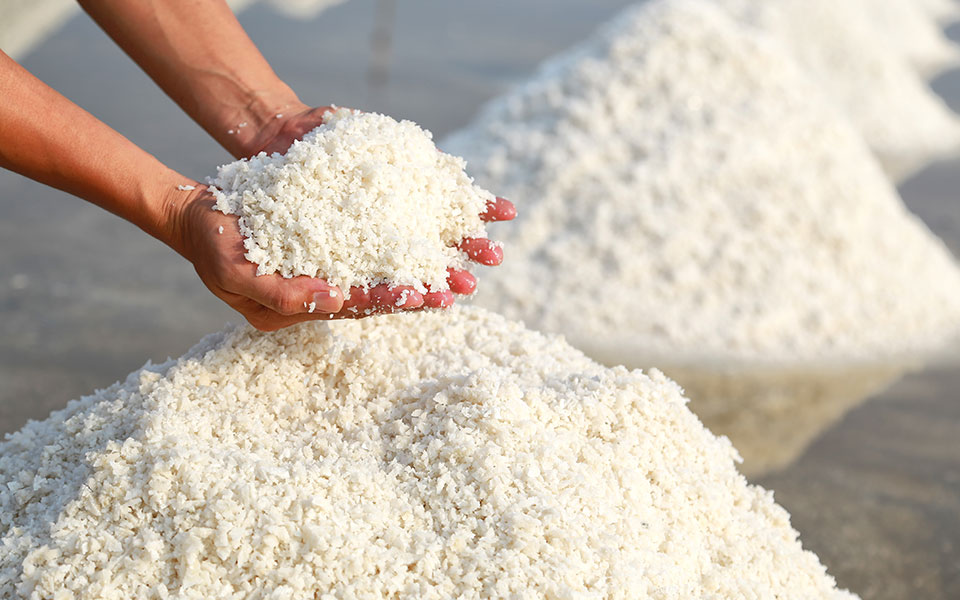 The flower of salt is the best sea salt. It is found only in warm, “breathy” days as a thin layer on the water surface. Growers of flower of salt use the same traditions and techniques as their predecessors, centuries ago. It is made exclusively in ideal weather conditions, and it is collected in the early morning and late evening when there is no wind. It appears on the sea surface as a thin layer of salt leaves, like flower petals. It is manually collected with a wooden shovel and micron sieve. The flower of salt, which is embedded in SAL Maris products, is an important nutrient enriched with natural minerals. It is the highest quality and healthiest type of salt which has an increased concentration of natural iodine, it is rich in calcium and magnesium. The flower of salt is highly respected for the contents of calcium and magnesium sulphate, which are not present in stone salt and consists of an average of over 97% sodium chloride, 0.5% calcium sulphate, 0.3% magnesium chloride, 0.2% magnesium sulphate, and 0.1% of potassium chloride. In addition to the use of flower of salt as a basic raw material in Sal Maris nasal solution, it also has beneficial effects and use in inhalation, regulating digestion, alleviating symptoms in menopause and during the menstrual cycle, refreshing the body and relieving the tension and so forth.

~ The process of salt production ~

The Production of salt in Nin Salt Works in a natural and ecological way, and it is done in five phases. The first four phases relate to evaporating, and the fifth phase is crystallization where the concentrated sea water (souse) is converted from a liquid to a solid state. To obtain 1 mm of salt, it is necessary to evaporate 8 mm of water. In Saline Nin, salt is collected on several occasions, and the first “harvest” is done when creating a layer of 15 – 20 mm of sea salt. Before the “harvest” i.e. the collecting of salt, brine is discharged, so as to dry the salt. When the salt is collected in piles, it is left for some time to strain and then it is transported in a dry warehouse. The production of sea salt is benefited by high temperatures and winds, particularly “dry” south breeze and light gale, bora. „Crop“ season presents 63 days during the spring, summer and early fall.